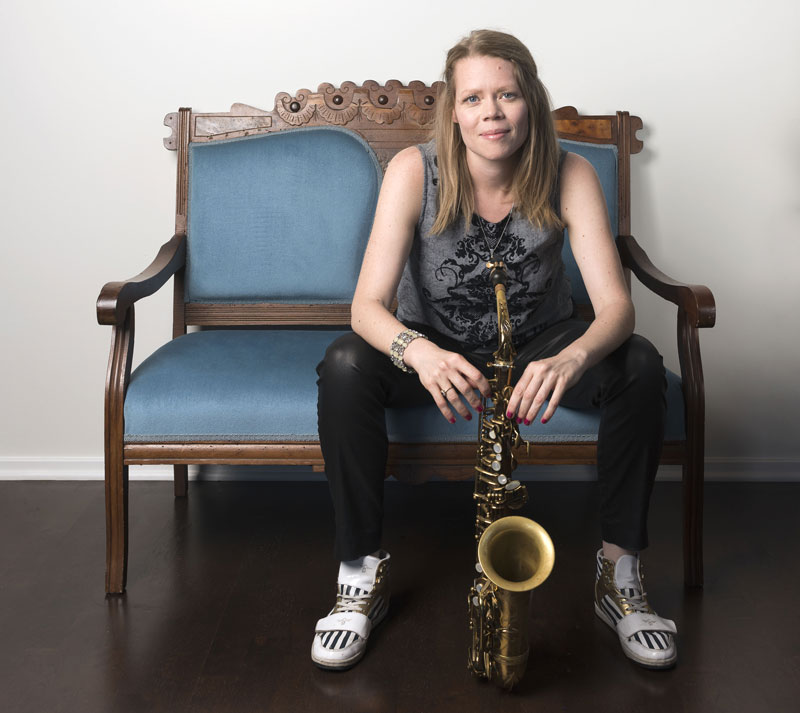 Caroline Davis
Caroline Davis Quintet, Matt Mitchell's Sprees, Billy Kaye Quartet, Maitri, Whirlpool with Ron Miles
"PolyNome has given me the creative power to design my own practice routines in the domain of rhythm. It's an endless source of exploratory fun!"
- Caroline Davis

Mobile since her birth in Singapore, composer, saxophonist, and educator Caroline Davis now lives in Brooklyn, New York. After making her mark on the Chicago jazz community during her 8-year stint, she moved to New York in 2013, and has proven to be an active leader and sidewoman in the national jazz scene.

Her debut album, Live Work & Play, was featured on All About Jazz’s best releases, and she was named one of JazzTimes’ Best New Artists in the 2012 Expanded Critics’ Poll. Her second album, Doors: Chicago Storylines, was just released as an audio documentary that uniquely sets stories from Chicago’s jazz scene from the 80s and 90s alongside her original music. This year, she was named one of DownBeat’s “rising stars” in the alto saxophone category.

I like to use PolyNome to create interesting rhythmic loops to practice over. It’s quick and easy to create complex rhythms and there are hundreds of sounds to choose from.