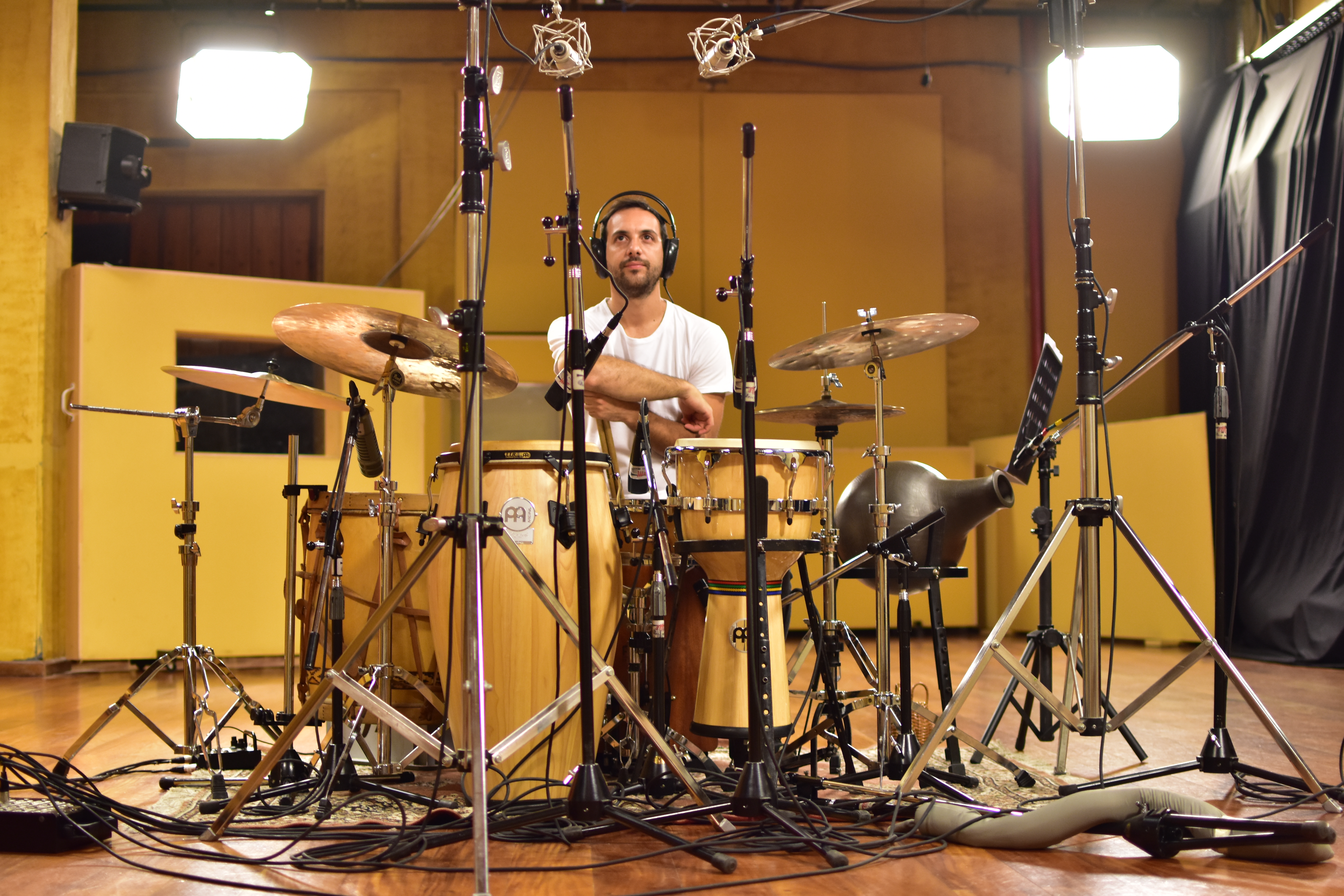 "Polynome allows you to create things that any other metronome would never allow you to. It is a very useful tool for any musician."

Ariel was born in Rada Tilly (Chubut, Patagonia Argentina). He started playing drums at the age of 8, influenced by his family. In 2004 he settled in Buenos Aires, graduating in December 2005 from the Technological Institute of Contemporary Music (ITMC).

In 2004 he was honored with the Revelation Drummer Award at the International Drum Fest, organized by the Club de Bateristas Argentinos.

Ariel is the drummer of the Los Totora group with whom he has played numerous shows in the country and abroad (Bolivia, Chile, Uruguay, Brazil and Paraguay), including a concert at the Luna Park in 2016 with the live recording of the DVD ““Me verás bailando”.

In 2012, together with Hugo and Marcelo Dellamea, they created the trio Dos más Uno. The trio recorded two albums and made numerous presentations in the country and abroad (First Folkloric Meeting in Madrid, MICAtlantica in Galicia (Spain), Expo Milan 2015 and two European tours visiting Austria, Slovenia, Italy, France and Germany. Since 2018 the trio is the resident band of one of the most watched programs of Argentine television, La Peña de Morfi (Telefé), a space in which they had the opportunity to share the stage with musicians such as Fito Paez, Jairo, Antonio Tarragó Ros and Soledad Pastorutti. In addition to his performances he is a session musician and teaches drum and percussion classes.

I use polynome every day both to study and rehearse. I like the rhythmic possibilities that it offers and the different sounds that you can use. Another very useful thing is that it measures how long you practice, and your progress day by day. It is the best app for the practice of an instrument.